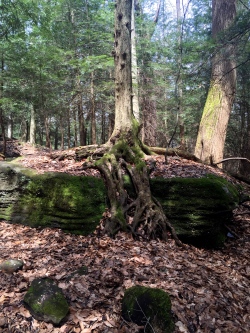 I don’t know where I might be living a year and a half from now, when my boyfriend finishes grad school. I love to chart courses and consider contingencies, but for years it’s been terra incognita, too far out to predict. So we talk sometimes instead about places we’d never move to, and anytime I travel somewhere new, at the back of my mind, I’m weighing if I’d want to live there, not just vacation there. Can I imagine myself showing my friends around those streets? Would we want to choose a new apartment there, maybe even a house?

The answer, reassuringly, is often yes (although serious scrutiny, with real price tags and consequences attached, could easily change the calculations). And even though I know I don’t really want to move farther from my family, it’s fun to imagine new paths, new roots.

Cleveland was never a place I gave much thought to, just a city in nearby Ohio, sitting uninterestingly on the shallowest of the Great Lakes. In high school, I saw an Old 97’s show at the Cleveland House of Blues, but that was the extent of the trip. Then, last spring, I was there with Cooper for his sister’s graduation. There was barely enough time to eat delicious food between ceremonies, enjoy the wonderful “Guardians of Traffic” statues as we crossed the Cuyahoga River, and note how not-empty, building-wise, Cleveland was in comparison to my sprawling rust-belt benchmark, Detroit. I resolved to return and experience more of the city, and on a Saturday morning this April, we drove the few hours there, for a quick weekend away.

I wanted to take in Lake Erie, explore some neighborhoods, eat in new places and read books in cafes. I didn’t do any research of my own (beyond choosing the hostel over AirBNB), because Cooper knows his way around and because I wanted to go without expectations. I wanted to relax and have fun, just the two of us doing whatever we wanted—and the less you want, the easier it is to achieve.

We started the trip with lunch at the West Side Market, a charming old market full of butchers and bakers (but probably no candlestick makers) located in the Ohio City neighborhood. Next, we headed across the street to check in at the Cleveland Hostel, and I was so pleased with the view through the big old windows, the fun Ikea bedspreads, and the spaciousness of our private room, that I was already considering future trips.

We spent the first afternoon at the Cleveland Museum of Art on the edge of the beautiful Case Western campus, followed by sweets in nearby Little Italy and dinner at Great Lakes Brewing. When in Rome, you know. The pretzel chicken was really delicious, as advertised on Yelp and by our server.

I loved being at the Cleveland Museum of Art. The neoclassical original building sits beautifully as the centerpiece of Wade Park, overlooking the so-called lagoon. There’s a parade of stone steps from the lagoon up to the central entrance. Inside and to the right, you’re greeted by the Armor Court, host to a charismatic display: full suits of armor standing at attention with their weapons—one atop his own stallion—with tapestries of the Aeneid hanging on the walls above them. It’s a striking welcome to this fantastic museum. When we left the first building, and I saw how much more there was to see, I couldn’t believe it. Nor had I expected the amazing, open, sunny courtyard, crowned with a ceiling of glass, that unites the additional wings with the original building. Right away, on this warm April day, I thought that if I lived in Cleveland, I would spend my winters in the museum, typing away on my laptop in this warm covered courtyard and joining the other weekend visitors enjoying the art collections, free to all.

After dinner, we walked the two blocks back to the hostel and curled up, Cooper with his laptop and me with my rapidly draining iPad and iPhone (we both forgot chargers, an easy excuse for my lack of writing progress). On Sunday morning, we walked to a breakfast spot, and then took a winding path back toward the hostel, evaluating the historic homes, bemused by how many weird additions were built onto the backs and sometimes fronts, a series of extra rooms that zigzagged down in height as they conquered the backyards. We saw really beautiful houses, as well as some truly weird ones. The best were all old. I know when I buy a home, I want it to be an old one—old by American standards, of course. I’ve never lived in a building built after 1950 and I’ve never wanted to.

We’d thought about spending part of Sunday morning reading and writing in a coffee shop, but the sun was so bright and the day so beautiful that we decided to push on to our next ideas: the river, the lake, and then Cuyahoga Valley National Park. (Yes! There’s a national park in Ohio, and it’s great!) Before we left town, we stopped for a couple different river views and came across a rowing practice in the midst of the industrial sites. On the shore of Lake Erie, the wind blew in cold beneath the blue sky. But the Cuyahoga Valley, just half an hour away, was full of happy hikers and cyclists sweating in their shorts and eating ice cream near the visitors center. 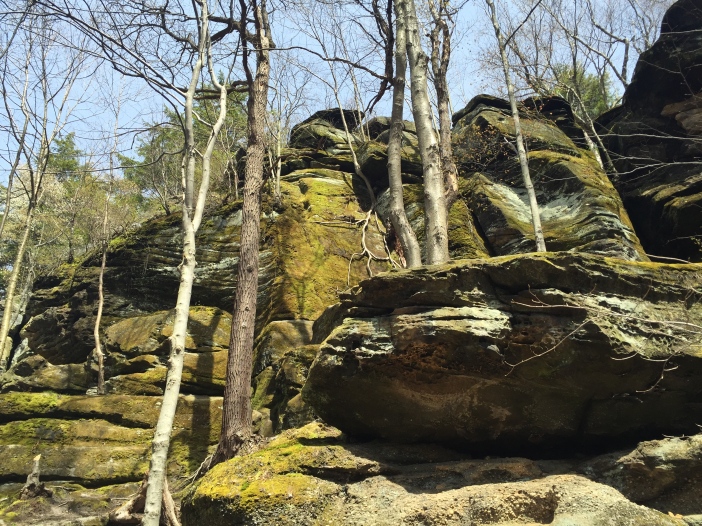 At Cuyahoga Valley National Park, we spent most of our time at the Ledges, an area of beautiful rock formations and cliffs. We walked the full Ledges loop, which wasn’t very long but did feel pretty hot without leaves on the trees to block any sun. It was fun to follow the cliffs, embraced in an abundance of mosses and carved by so many streams of water, as the trail went above and alongside and beneath them. We finished up our survey of the park with some Mitchell’s ice cream and a stop at the Brandywine Falls. (We could’ve had Mitchell’s in Ohio City, but passed it up, to Cooper’s dismay. I’m glad they had it at the park, because it was really good.) After the park, we grabbed dinner back in Cleveland and then drove home to Michigan, wishing we had time to stop and see the wetlands and wildlife along the way, but happy with the tiny trip we did make. 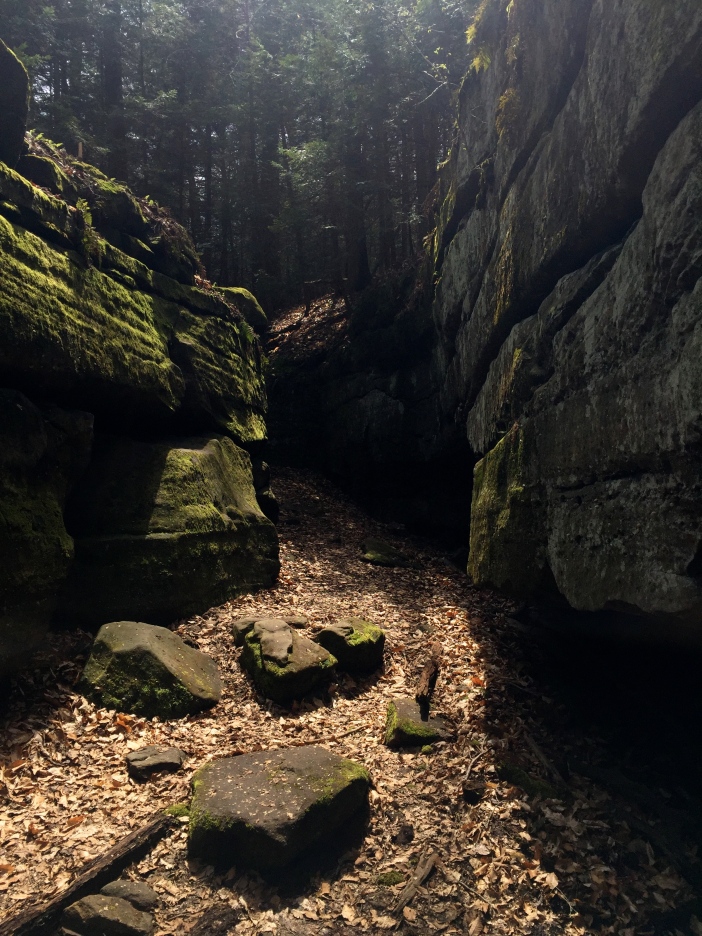 2 thoughts on “Trying Cleveland on for Size”